Walking, driving, or commuting out of Freedom Park is a reminder that much of what we live with in South Africa is ‘new’, but more significant, is what remains unchanged. 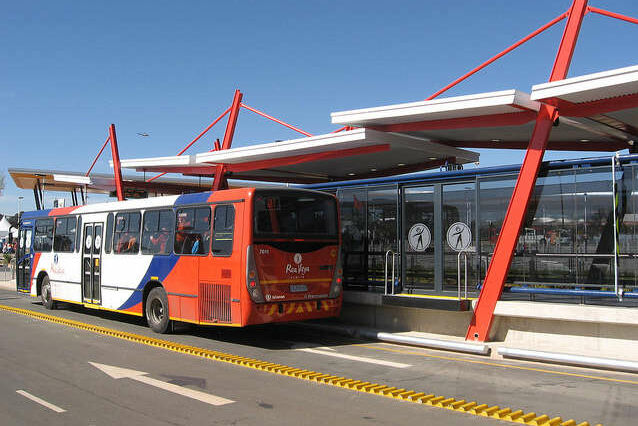 Photo by: City of Johannesburg

Walking, driving, or commuting out of Freedom Park is a reminder that much of what we live with in South Africa is ‘new’, but more significant, is what remains unchanged. The paved, albeit small pathways of this neighbourhood, signal what has been built and what has or has not withstood the test of time and the elements. The roadways and kerbs remain small, congested and contested spaces, and the entire local economy congregates around the transit nodes in the mini taxi ranks populated by queue marshals, drivers, expectant owners and anxious and impatient commuters.

Yet beyond the morning peak, the transit node is eerily quiet but for the hawkers and short distance taxi drivers lounging about between their marginal trips within the township, rather than to the city. Freedom Park is an example of an unjust and unusual spatial reality, whose manifestation is the daily commute to work, or to places of learning, or recreation and leisure. The public transport system dominated by the mini-bus taxi system is as informal and as ordinary for many as Freedom Park is, having started as an informal and temporary settlement, that has become a permanent spatial feature in the Gauteng City Region.

Post-Apartheid South Africa is the most unequal society in the world, and from the history of settler colonialism and Apartheid this is unsurprising. Yet the end of Apartheid has also given rise to a set of objective factors that have made Gauteng the focal point of this inequality. Read full article here.

Friedrich-Ebert-Stiftung (FES) South Africa recently commissioned a report assessing the current quality of and access to public transport services in the Gauteng City Region. This report titled Assessing Just Public Transport Outcomes in the Gauteng City Region. Drawing on philosopher Henri Lefebvre’s idea of ‘rights to the city’, the FES report concerns itself with the notion of  social justice as a concern with how resources and opportunities are shared within a particular spatial form, who is included and excluded, empowered and disempowered in the design and functioning of cities as economic, social and political spaces? The Report emerges from the Just Cities Initiative spearheaded by FES programmes in Southern Africa, with a specific focus on countering ‘Smart City narratives’ which foreground hi-tech and market-driven visions of urban development, without consideration to social justice and confronting widespread inequality.