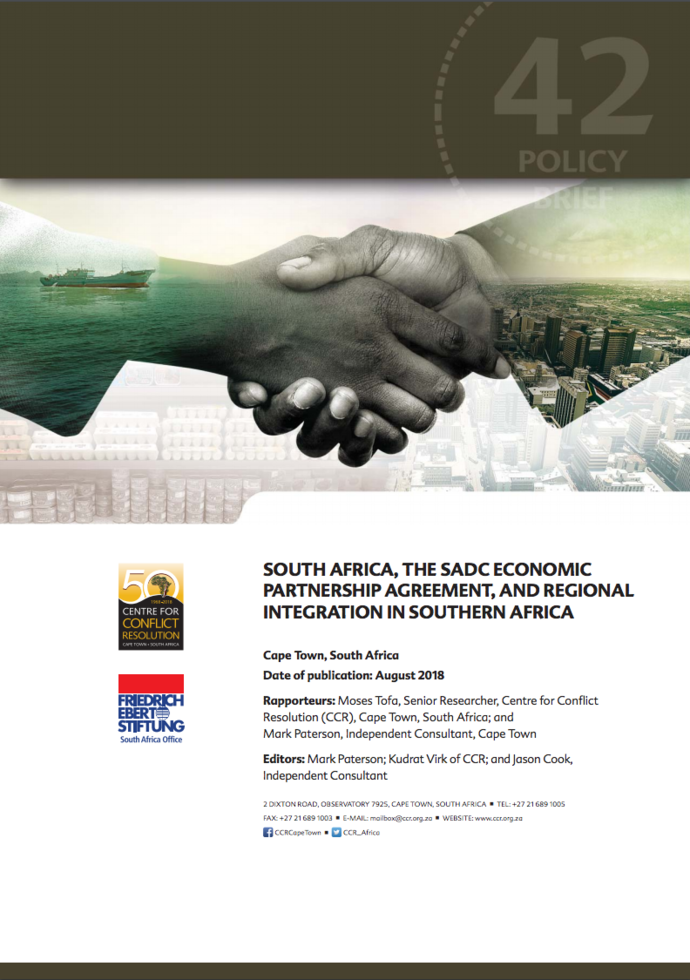 Hosted in partnership with the Friedrich Ebert Stiftung (FES) South Africa office, the seminar sought to build on the work undertaken by CCR, since 2004, on region-building and regional integration in Southern Africa, including the leadership role of South Africa in the Southern African Development Community (SADC). The Centre has worked with the South African, Namibian, and Tanzanian SADC Organ chairs and hosted 14 policy seminars on governance and security issues in the region, and has published two books: Region-Building in Southern Africa: Progress, Problems and Prospects (2012) and Region-Building in Africa: Political and Economic Challenges (2016).

1 Most recently, CCR’s October 2017 policy meeting sought to assess the challenges and opportunities for business and civil society in the agro-processing sector (in particular, leather and leather products) in South Africa and the wider Southern and Eastern African regions. 2 The July 2018 seminar also built on the Centre’s engagement with issues related to EU-Africa relations, including two edited volumes: The EU and Africa: From Eurafrique to Afro-Europa (2012) and The ACP Group and the EU Development Partnership: Beyond the North-South Debate (2017).

3 The latter provides a critique of the new economic partnership agreements (EPAs) then in place, or being negotiated, between the European Union (EU) and the African, Caribbean, and Pacific (ACP) group of states.