What is to be expected from a possible new coalition government? 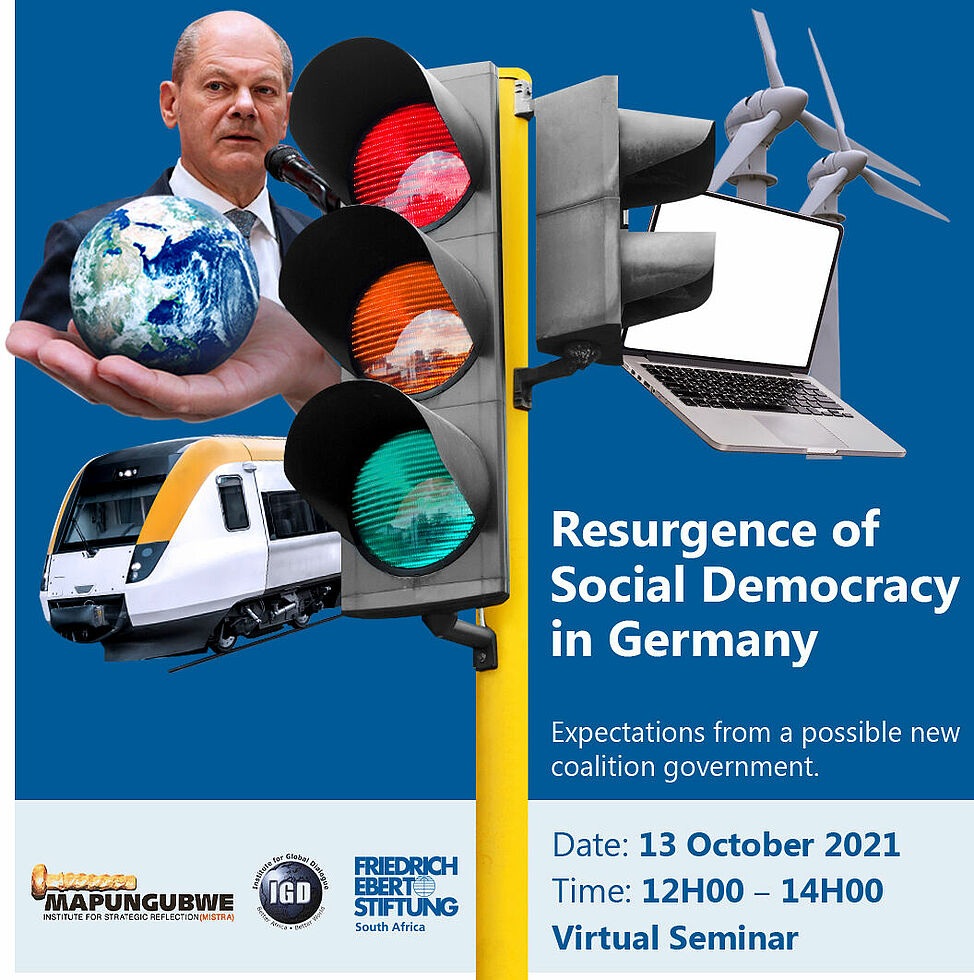 In order to form a government and have their candidate Olaf Scholz succeed Angela Merkel as Chancellor, Social Democrats (SPD) are now seeking to form a coalition with the Greens and the Liberal Party (FDP). For the colours associated with these three parties (red-yellow-green) this coalition is called "Ampel" in German – "traffic light". Or as we would say in South Africa: "robot".

Now how are these coalition talks going? What is to be expected from the "robot" coalition? A significant part of the electoral debates has centred on the challenges of social justice and climate policy, on the necessary social and ecological transformation:
•    How to ensure a post-Covid-recovery and address growing inequalities?
•    How to tackle the climate crisis, particularly the necessary transformation of industry, energy and mobility?
•    What role should the state play in all of this?
•    And who picks up the bill - how to design fiscal policy?

Parties´ manifestos differ on these questions (see a comparison: http://library.fes.de/pdf-files/iez/18305-20210927.pdf). What common ground is there between the potential coalition partners? And what if negotiations fail?

While foreign policy issues were not central during the debates, it will be important to better understand where Germany sees itself in a changing international landscape.  Some of these questions will no doubt also resonate with South Africa's policy debates. Also, it is worth exploring what the new government would mean for bilateral relations. South Africa enjoys a good relationship with Germany, apart from the warm relationship between President Cyril Ramaphosa and the outgoing Chancellor. Her potential successor Olaf Scholz, while he was Minister of Finance, successfully joined South Africa’s former minister of Finance Tito Mboweni and three other G20 counterparts in calling for a global minimum corporate tax. What will the future relationship between these two important democracies – economic powerhouses in their respective regions – be like? Is there more scope to jointly address global challenges?

The Institute of Global Dialogue (IGD), Mapungubwe Institute for Strategic Reflection (MISTRA) and Friedrich-Ebert-Stiftung (FES) cordially invites you to a virtual discussion.

The virtual seminar was recorded and can be accessed it here.