The University of Johannesburg’s (UJ) Institute for Pan-African Thought and Conversation (IPATC) and the Friedrich Ebert Stiftung (FES) co-hosted two strategic engagements at South Africa’s Department of International Relations and Cooperation (DIRCO) and its Department of Trade and Industry (DTI), both in Tshwane, in April and June 2018, respectively. 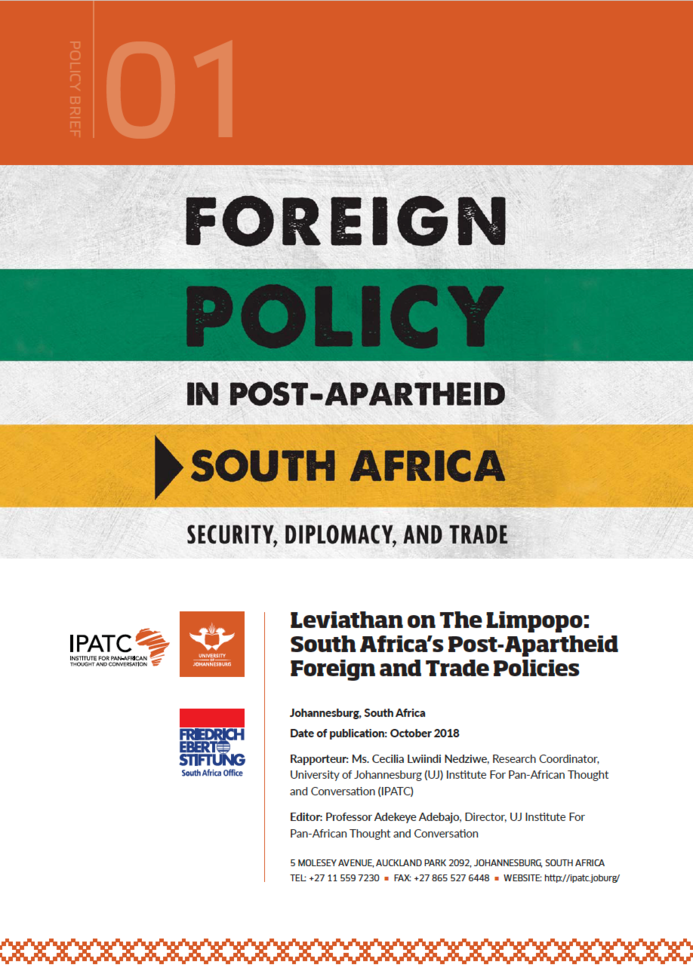 The engagements had two key objectives. First, to contribute strategically to policy development and dissemination of policy recommendations on South Africa’s foreign and trade policies based on a 23-chapter book, South Africa’s Post-Apartheid Foreign Policy After Two Decades: Security, Diplomacy, and Trade (I.B. Tauris, 2018), edited by Adekeye Adebajo and Kudrat Virk. About 100 copies of the book were disseminated to policymakers at DIRCO and DTI. Second, both meetings sought to promote more qualitative dialogue between policymakers, academics, and civil society for mutual benefit. These goals were pursued in order to bridge the gap between theory and practice, as well as to encourage policymakers and academics to engage more constructively with South Africa’s foreign and trade policies.