Financial Inclusion is a Key Enabler to Reducing Unemployment, Poverty and Enhancing Prosperity 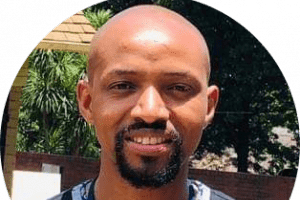 Living in a world that is faced with so many, divers and pressing issues, it becomes a challenge for any leader to identify one issues as the most important one. With recently emerging issues such as civil war in Ethiopia which has claimed many lives and forced thousands to seek refuge in neighboring countries such as Sudan, it is difficult to make a judgment as to which is the most urgent challenge. There are many issues that may impact our global community positively for the next decades. Challenges that people in my home country South Africa are facing repeatedly are poverty and unemployment.

It came as sad news just when we started the year 2020, that the 1 Billion electronics factory in East London, my home town in the Eastern Cape, is facing liquidation with about 500 job losses. Also, in the same month Telkom was reported to cut up to 3000 jobs as well as Massmart retrench about 1500 employees within the country. In the second quarter of 2021, South Africa’s unemployment rate hit a new record high of 34.4%, making it the highest in the world, according to Bloomberg. Click here to read full article.

Asanda Gebhuza, 2020 Young Global Changer, and 2018 Fort Hare Autumn School Alumni is currently doing his Masters in Rural Development focusing on Land Administration at Fort Hare University, South Africa. As a global citizen, having seen the need for financial literacy, he started the financial market education initiative to teach kids between the ages of 12-16 years about financial markets, he aimed to close the gap on financial literacy as well as unemployment. He is the founder and a Director of an IT Consulting Company which he started in 2017 whilst he was at university.