The context of poverty where 55,5% or over 30,4 million South Africans live in poverty; immense inequality and a growing number of people with no access to the labour market... 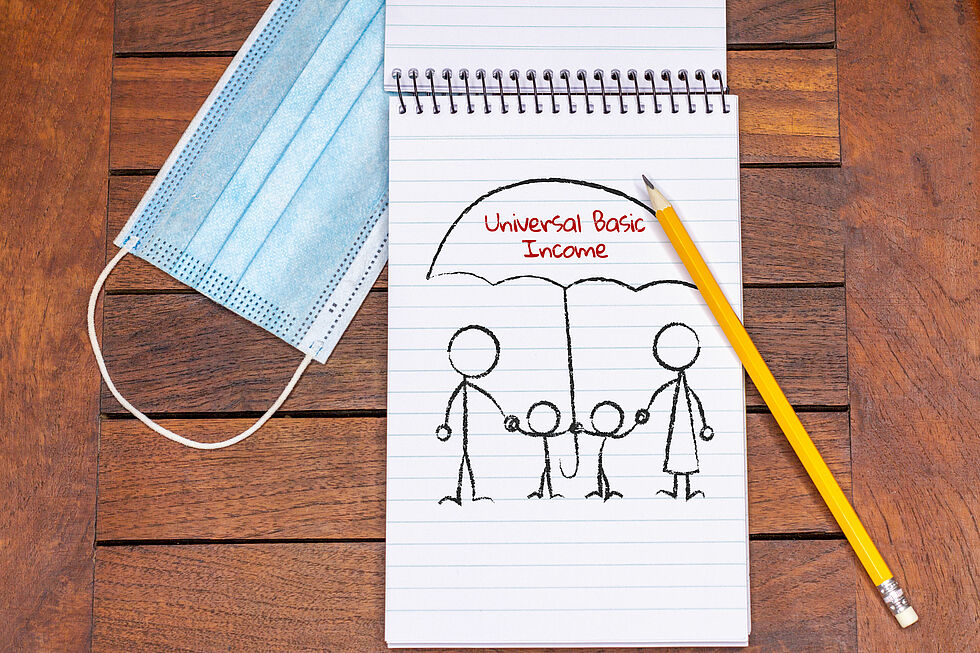 The major area of FES South Africa’s engagement in 2021 has been to support the calls for a basic income guarantee (BIG). The context of poverty where 55,5% or over 30,4 million South Africans live in poverty; immense inequality and a growing number of people with no access to the labour market, limits the political, economic and social participation of a significant part of the population. As part of our support for the implementation of a basic income guarantee in South Africa, we have supported our partners, the Institute for Economic Justice (IEJ) and the Studies in Poverty and Inequality Institute (SPII), in conducting research on the desirability and feasibility of a BIG.

‘Thus, the BIG is not just a means for fighting poverty and reducing inequality, it is also an economic stimulus that increases the purchasing power of a population through direct unconditional cash transfers to individuals in a society’ (SPII, 2021).

‘The introduction of a BIG, while no silver bullet, could serve as a key component of South Africa’s economic recovery package in response to the COVID-19-induced crisis, and the ongoing crises of inequality, poverty, hunger and unemployment’ (IEJ).

Our partnership with the IEJ and SPII has helped amplify the need for, the desirability, and the feasibility of, implementing a BIG within South Africa’s current fiscal constraints. Against a deep-seated logic of austerity that has characterized the consistent opposition to social grants as a solution to South Africa’s socio-economic problems, IEJ and SPII’s research have shown that:
1.It is possible to implement a basic income guarantee in South Africa today and that there are various ways of financing it;
2.The argument that a BIG discourages people to seek for employment and breeds a culture of dependence on state “hand-outs” is untrue and demonstrates an anti-poor rhetoric in South Africa’s policy making corridors.

‘The question of how a  Basic Income Guarantee (BIG) is designed is as important as its adoption’ (IEJ, 2021).

Big questions remain about BIG. One of these relate to design of this direct cash transfer mechanism. Could it be universal or targeted? If it is targeted, what would be the inclusion and exclusion criteria? Could they be total household income, income levels or employment status? A universal BIG (UBIG) would be when all persons in society are eligible for its benefits while a targeted BIG would attempt to select, identify, and distribute its benefits to a specific subgroup of the population, excluding others based on a justiciable criterion.

‘While there is a need for reform of the entire social grants system over the longer term, a universal BIG applied to all ages is not feasible in the short-term in South Africa - nor desirable as we have a comprehensive system of income support for children and the elderly. Therefore, a UBIG should be introduced as a complementary measure alongside the existing grants system, providing coverage for the missing middle’ (IEJ, 2021).

Further research, discussions and debates to find answers to BIG design questions will be our principal focus in 2022.  However, the adoption of a BIG also needs a strong political campaign and continued public debate. Organized business, organized labour and civil society need to come together to shift the policy consensus in favor of a basic income grant.