Understanding the political assumptions, ideologies and strategies that underpin government initiatives for employment creation in Sub-Saharan Africa and in particular in Ghana, Ethiopia, Madagascar, Rwanda, South Africa and Benin. 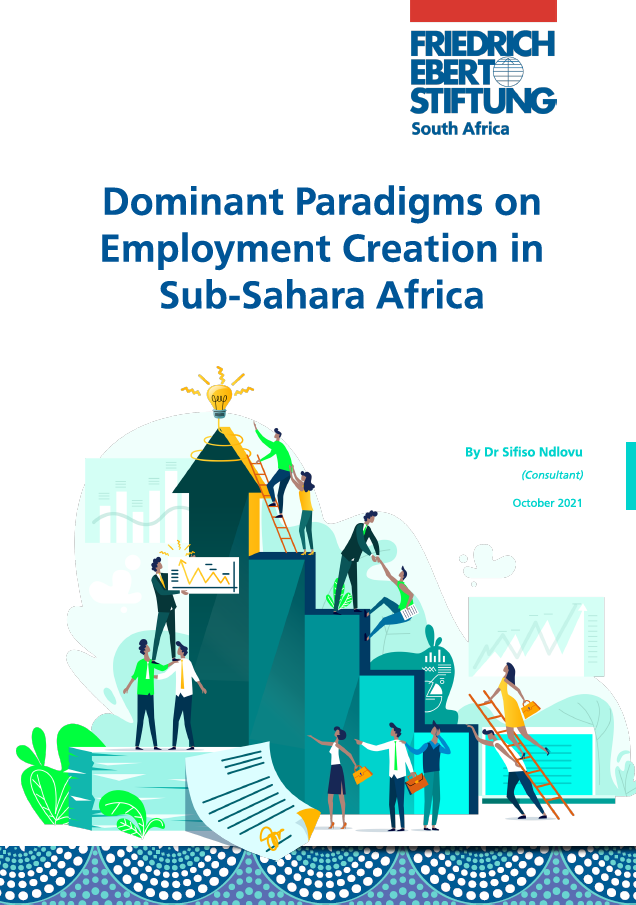 When it comes to the issue of employment in Africa and the Sub-Saharan Africa region in particular, job scarcity remains a challenge that is constantly increasing in magnitude despite some economic growth being recorded in some countries. This report has been produced amid an African context beset with a wide disparity in sectoral employment across the continent. For instance, in Eastern, Western and Central Africa, agriculture remains a leading sector for employment. In Southern Africa, it is the services sector that dominates in employment creation, with the agriculture sector playing a lesser role. The industrial sector has the largest share of employment creation in Northern Africa.

Some progress has been made towards economic growth and employment creation albeit through diverse employment creation strategies that have had different levels of success. This report explores how assumptions about employment creation relate to the underpinning ideologies in the targeted countries in the Sub-Saharan African region. Such employment creation strategies are being investigated within a context of a dominant neoliberal environment in favour of deregulated labour markets on the one hand, and competing approaches that include stronger state intervention and structural transformation on the other.  It needs to be noted that even countries that have seen employment opportunities expanding still have to grapple with meaningful or quality jobs. A significant proportion of their population is still facing high levels of precarious employment and poverty.

This study comes amid reports by organisations such as the International Labour Organization (ILO) who have reported that by 2017, 34 percent of Africa’s workers had access to wage paying jobs or were employers, with another 66 percent being found in precarious jobs as self-employed or family workers . A significant number of people facing precarious employment opportunities in Africa are found within the informal sector. Reports also indicate that Africa has the highest rates of informality outside the agricultural sector. Most of this occurs in Sub-Saharan African countries such as South Africa where in 2018, 34 percent of the workforce was employed in the informal sector while in countries such as Benin the figure was as much as 90.6 percent . At the centre of the unemployment challenge in Africa are youth and gender factors. The World Bank has reported that in 2013, youth accounted for 60 percent of the unemployed in Africa while further information has revealed that in all African countries with the exception of Rwanda, Benin and Guinea youth unemployment rates have remained double those of adults. Following this background on the unemployment issue in Africa and the Sub-Saharan Africa region in particular, this report explores the diverse frameworks and related assumptions that underpin how employment is created.