Civil society perspectives from Kenya, the Kyrgyz Republic, Morocco and the Philippines 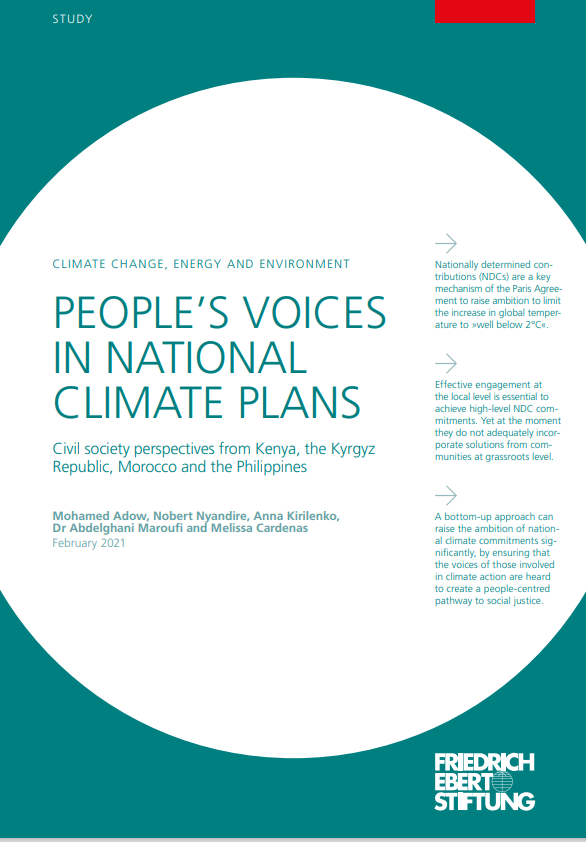 Effective engagement and leadership at the local level is essential for achieving high-level ambitious nationally determined contributions (NDCs). Analysis of the first NDCs submitted by Parties shows that they did not adequately incorporate solutions from communities at grassroots level, with regard both to emissions reduction and resilience building, thus missing out on the potential for a people centred pathway to social justice (Act Alliance 2018). Earlier research has suggested that, in many instances, when climate action is designed at the national level, it tends to ignore the lived experiences of the poor and most vulnerable at the local level, thus failing to leverage the contextual
knowledge of communities in putting the Paris Agreement into practice (Islam and Winkel 2017).

For the NDCs to be genuinely »nationally determined« and ensure that their implementation benefits from broad public support, countries should include domestic stakeholders in the development of their climate policies, action and adaptation plans. Moreover, a bottom-up approach for building climate strategy can raise ambition of national climate commitments significantly, by ensuring that the voices of those involved in the actual implementation of adaptation and mitigation actions are heard.