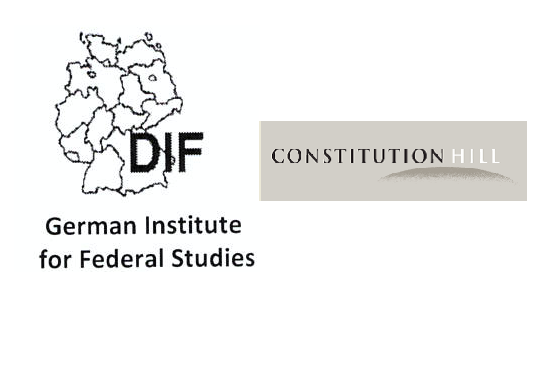 To commemorate this historical event and milestone for the formation of a democratic South Africa, the Friedrich-Ebert-Stiftung,  Constitution Hill and the German Institute for Federal Studies, are organizing a conference at Constitution Hill in Johannesburg – a place which reminds us of the horrors of the past and yet shows us the reality of the present and embraces the promises of the future.

Due to the limited space, we want to confirm a list of attendees by May 1, 2016. Therefore, interested participants are required to confirm their participation by sending an email to Friedrich-Ebert-Stiftung’s contact person on the conference no later than April 30, 2016: