A growing range of initiatives by government, Eskom, the private sector and civil society are beginning to converge, with the Presidential Climate Commission (PCC) potentially playing a pivotal role. 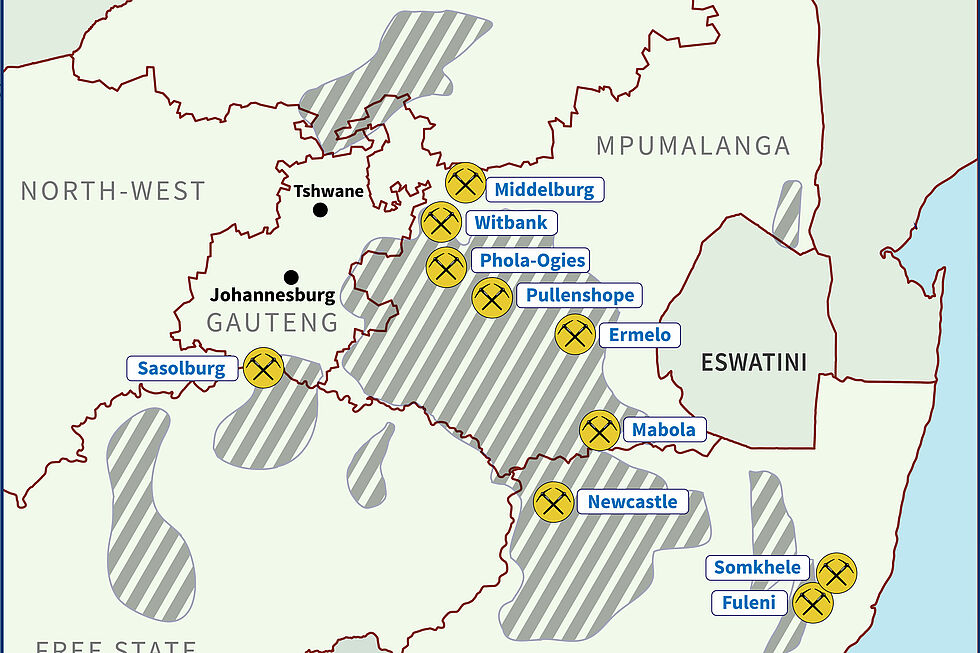 The imperatives of a just transition from coal are finally receiving concerted attention, focused on the coal-fields and communities of Mpumalanga. A growing range of initiatives by government, Eskom, the private sector and civil society are beginning to converge, with the Presidential Climate Commission (PCC) potentially playing a pivotal role. This will provide ample opportunity to draw value from and build on an initiative FES South Africa has been supporting that straddles research and advocacy.

Work that was initiated in 2017/18 as a participatory research project for reciprocal learning, in partnership with SWOP and led by Dr Victor Munnik, has developed into a broader programme of action research by activists in coal-affected communities. With the onset of the response to Covid, conventional field-work was constrained, but we managed to continue supporting the articulation of realities on the ground by community researchers, albeit intermittently. This year the project proceeded with researchers drawn from community based-organisations and supported by groundWork, Earthlife Africa and the Life After Coal Campaign.

The work of the 14 Community Activist Researchers (CARs) was aimed at understanding not only the challenges community activists face in communicating about climate change and transition issues with their communities, but also the challenges of participating in the national Just Transition debate. The research process allowed for both testing the knowledge of communities and activists on the issues for coal communities arising from climate change and a Just Transition, and for building and deepening that knowledge and supporting its practical application.
The research built on ongoing knowledge exchange activities that form part of the normal work of the environmental justice (EJ) movement. It indicates a growing understanding amongst coalfields communities of climate change, including as a result of local knowledge of the weather and seasons and of knowledge gained by learners in school. However, much less is understood about Just Transition issues, which are complicated by on-going debate of priorities and parameters amongst stakeholders.

Many of the CARs were able to participate in PCC dialogues and other online policy platforms. However, the effectiveness of their participation has been limited, particularly by language barriers, with not enough use of vernacular languages and too many technical terms used, making discussions alienating or incomprehensible. When faced with important questions deriving from national debates, they were able to respond to most of them with knowledge, as well as expressing relevant community agendas, and they have made a wealth of proposals on methods and support needed to meaningfully involve coal affected communities in planning and implementation of a Just Transition.

The Secretariat of the PCC has announced that it will be convening local consultations with communities in the first quarter of 2022. While it is not clear how extensively Commissioners (which include 10 Ministers) will participate directly, whoever does will find community activists ready to engage.