“We are very glad to join the FES South Africa team and meet and work with all those who share the struggle for democracy, solidarity and social justice”, say our new Resident Representatives Uta Dirksen and Sebastian Sperling. 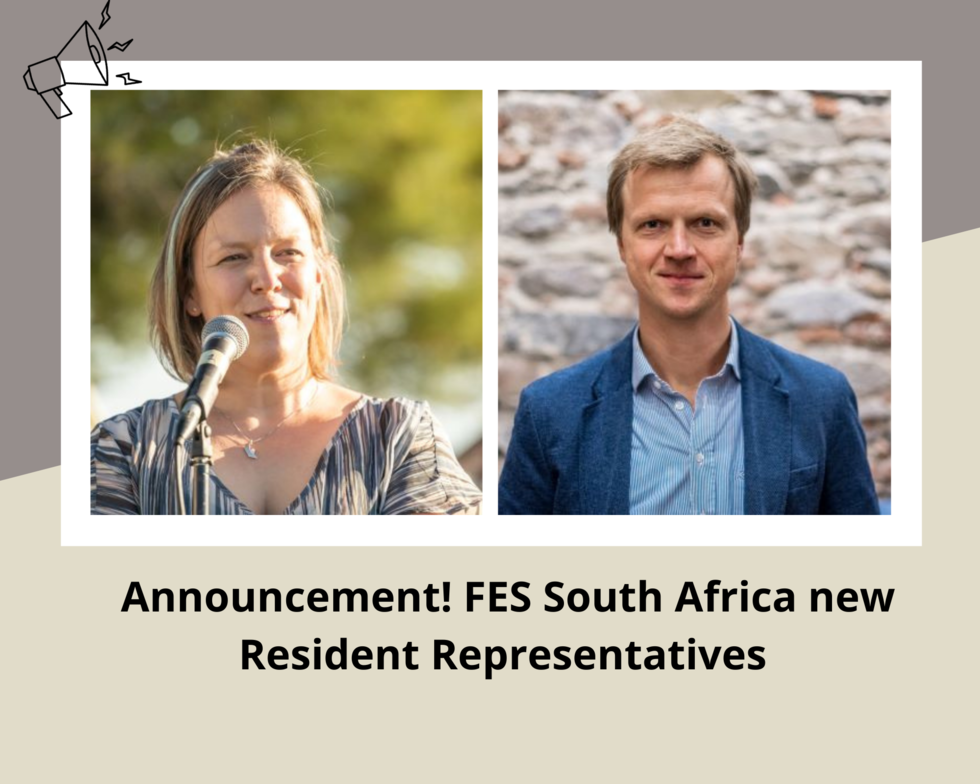 The Friedrich-Ebert-Stiftung South Africa is pleased to announce Mrs. Uta Dirksen and Mr. Sebastian Sperling as the new Resident Representatives. They have taken over from Hubert Schillinger and recently arrived in Johannesburg, after having served in Uruguay for the past five years.

Developmental economist Uta Dirksen joined FES in 2004. She worked as a Desk Officer for West Africa in Bonn and from 2008 to 2012 as Resident Representative of FES in Cotonou, Benin, where she also headed the West African Trade Union Project. After some years in the Department of Western Europe in Berlin, she took over in 2016 as Director of the Regional Trade Union Project in Latin America based in Montevideo, Uruguay. A recent focus of her work has been the impact of digitalization on working conditions and trade union organization in the global South.

Sebastian Sperling, with a background in communications, economics and business, started his FES career in 2006 in Nairobi, Kenya, before taking over as Director of the West African Security Policy Project based in Abuja, Nigeria from 2008 to 2012. After some years in the Latin America Department in Berlin, he served as Resident Representative of FES in Uruguay from 2016. His current topics of interest include the future of democracy from the local to the global level and of progressive political parties.

Please join us in welcoming Mrs. Uta Dirksen and Mr. Sebastian Sperling to FES South Africa. Together, we will continue to strive for a just and democratic future!