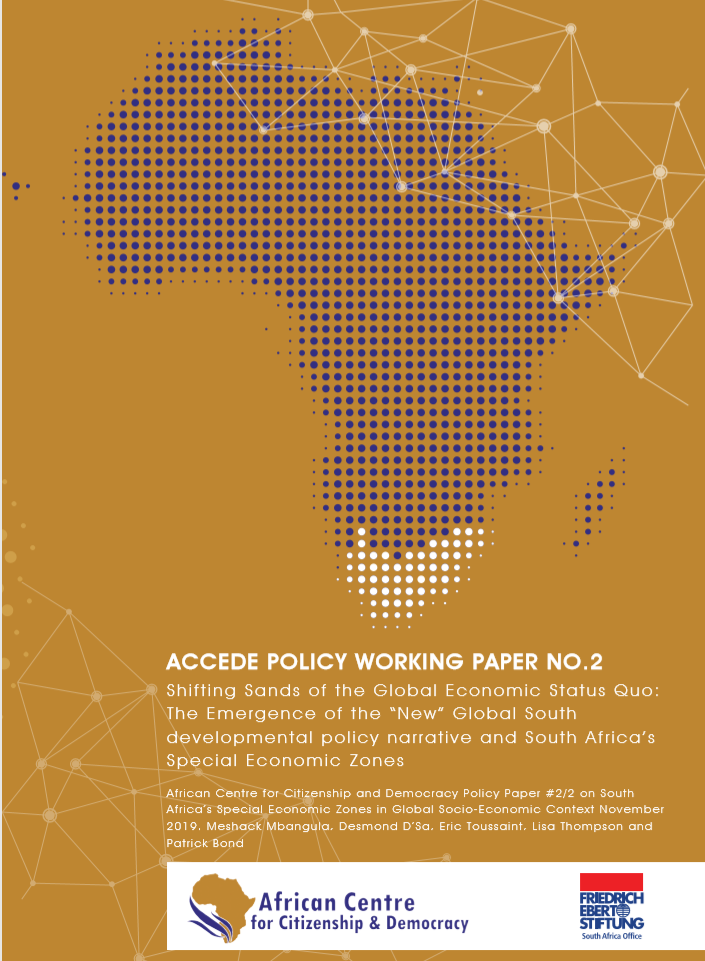 This policy paper continues the thematic exploration of SEZs in South Africa against the backdrop of the current crises facing the global capitalist system, including the impending climate catastrophe. The ways in which these crises affect South Africa’s global, continental and regional trajectory are considered with more specific case studies. These are explicitly vulnerable to the ebb and flow of capital associated with the Brazil-Russia-India-China-South Africa (BRICS) bloc, the Forum on China-Africa Cooperation (FOCAC) and the Belt and Road Initiative (BRI). Such forms of Southern and Eastern collaboration are contrasted with the increasingly tense trade relationships South Africa has with the United States in which trade is a form of retaining global hegemonic status by any means possible, Britain undergoing a chaotic Brexit process, and the  G20 whose Compact with Africa investment initiative emanated from Germany in 2017, with South Africa as a central facilitator.