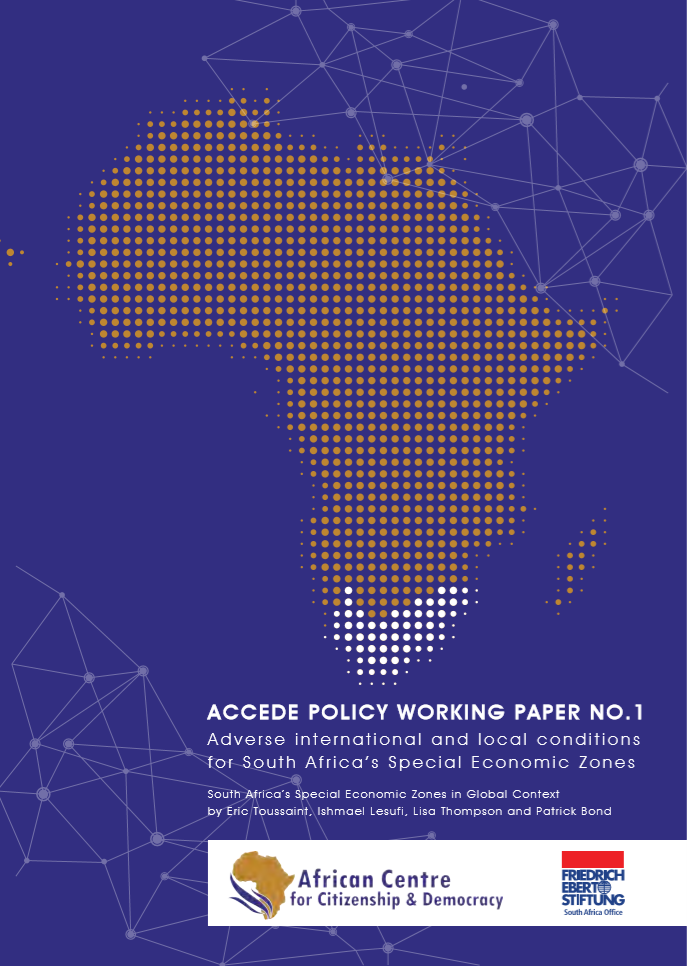 South Africa’s Special Economic Zones (SEZs) have, for the last two decades, contributed to a core – albeit underperforming – economic policy strategy known as export-led growth. They were devised by the Department of Trade and Industry as a response to a longer-lasting crisis dating back not just to liberation in 1994, but at least to the early 1980s: the country’s diminishing international competitiveness and narrow internal market. However, as Finance Minister Tito Mboweni’s August 2019 policy paper – Economic transformation, inclusive growth, and competitiveness – implicitly admits, SEZ policies have not made a substantial difference to either export competitiveness or expanding employment. The concerns of SEZ workers, nearby residents, environmentalists and the general citizenry (who are responsible for paying subsidies into SEZs) are rarely considered seriously in this process, even when a deterioration in the overall economic context leads to even worse forms of exploitation than are typically found in non-SEZ site.