KMM Review Publishing, The Friedrich Ebert Stiftung and the Brigalia Bam Chair for Democracy invite you to attend Debating democracy and electoral systems 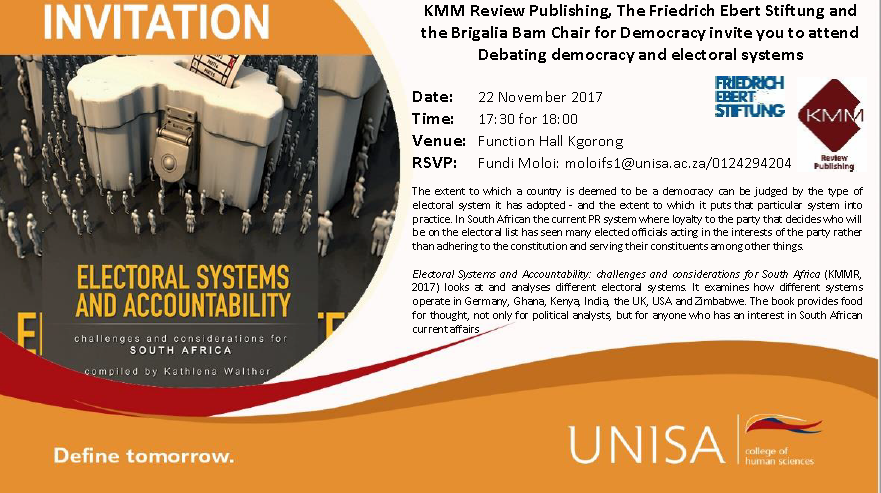 The extent to which a country is deemed to be a democracy can be judged by the type of electoral system it has adopted and the extent to which it puts that particular system into practice. In South African the current PR system where loyalty to the party that decides who will be on the electoral list has seen many elected officials acting in the interests of the party rather than adhering to the constitution and serving their constituents among other things.

Electoral Systems and Accountability: challenges and considerations for South Africa (KMMR,2017) looks at and analyses different electoral systems. It examines how different systems operate in Germany, Ghana, Kenya, India, the UK, USA and Zimbabwe. The book provides food for thought, not only for political analysts, but for anyone who has an interest in South African current affairs.