Struggle icon OR Tambo would have been 100 years old this year. So, to celebrate his legacy and the values he espoused, many different organisations and government departments dedicated this year to his memory. 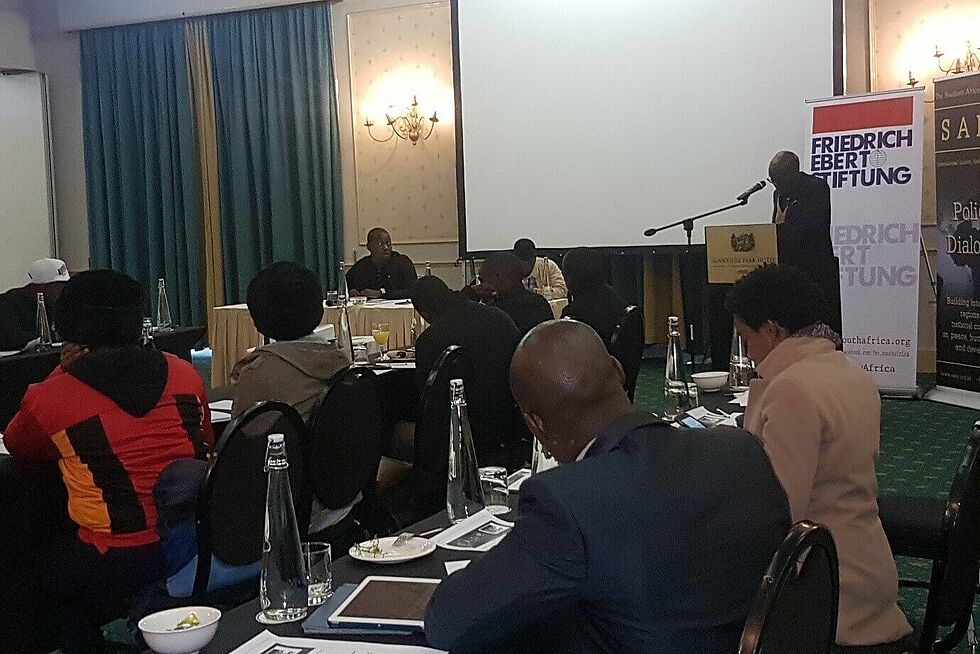 During his lifetime, Oliver Reginald Tambo inspired the world with his great leadership, fight against colonialism and racial inequality. What is fascinating about his story, is Tambo’s commitment to self-development and the balancing between cultural and internationalist values. OR Tambo crafted his own destiny, focusing his energy on school achievements and grooming a politically conscious mind. By 27, in 1944 he founded the ANC Youth League with Nelson Mandela and Walter Sisulu. He could not have known in 1944 what a force the youth league would become and the legacy it would leave for us today. But he had the confidence and drive to do something.

June 16th, marks the iconic 1976 youth uprising in Soweto and signifies an annual celebration for the bravery of young people in the ongoing fight against injustice. As a stocktaking exercise in the 23 years of democratic South Africa and in honour of the Year of OR Tambo – Advancing Youth Economic Empowerment, the Friedrich-Ebert-Stiftung South Africa and the Southern African Liaison Office hosted a dialogue for young South African leaders. Deputy Minister, Thabang Makwetla, Department of Justice and Correctional Services offered an engaging first-hand account using the Soweto Uprising as the backdrop, to draw parallels and divergences between the experience of youth activists from the 1970’s, the young lions of the 1980’s up to the likes of the #Fallist protesters today.

OR Tambo formed a formidable thread in the discussion, due to his commitment to serve his people at a young age that saw him develop into the vanguard of internationalist human rights thinking still characterising the ANC today. In an age of populist anger globally, the intergenerational discussion opened the space for a frank exchange for all participants seeking to push the envelope on economic liberation.