In honour of the 2017 youth month, the Botswana Friedrich Ebert Stiftung office hosted its flagship project, the Annual African Youth Conference on Social Justice and Democracy in Johannesburg, South Africa. 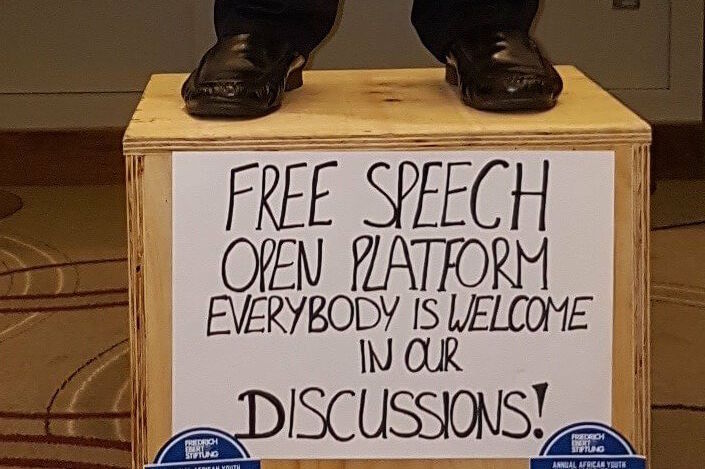 Young people from across the continent met to debate this year’s theme “African People Disconnect: The G-20 and Global Order of the Rich, for the Rich, by the Rich?”. The Annual African Youth builds on the themes and outcomes of the national and sub-regional Youth Leadership Programs in 15 countries and three Regional Economic Communities in Sub-Sahara-Africa. Over the past ten years, more than 2000 young men and women have participated in these national and sub-regional programs and organized themselves in Alumni-Networks. The participants come from progressive social movements, civil society, social democratic political parties, and trade unions.

Under the theme, African youth discussed: What are our priorities? What do we want?

A continent with many diverse countries does not have one identical set of interests. Nevertheless, the people of all sub-Saharan African countries do have some common concerns that can be considered to be “African interests” which might differ from those positions presented by African leaders at global forums. They would all benefit from economic policies and practices, at the global and national level, that are inclusive, in the sense that they allow all the citizens of the weakest nations including the poorest of the poor, workers, small-scale farmers and small businesses, men and women to share equally in their benefits. These people share an interest in promoting balanced economic growth and development that is environmentally sustainable. All African nations seek effective global economic governance arrangements in which all stakeholders are able to participate.

Given these functions, there are four tests that can be used to determine how well the G20 responds to African interests: How well does the G20 address the challenges created by the lack of inclusiveness - that is poverty, inequality, unemployment, and the inability of citizens to engage in national affairs? How effectively does the G20 respond to the difficult environmental challenges that Africa is facing? How effectively does the G20 support Africa’s ability to mobilize resources to finance its development? Does the G20 promote global economic governance arrangements that allow for meaningful participation by all stakeholders, and that are transparent and accountable? Is the envisaged G20 “Compact with Africa” mainly in support of African governments' ability to stop migration rather than tackling the root causes of migration? Do the initiatives for the agricultural sector reach the rural people of Africa or only multinational enterprises of the North?